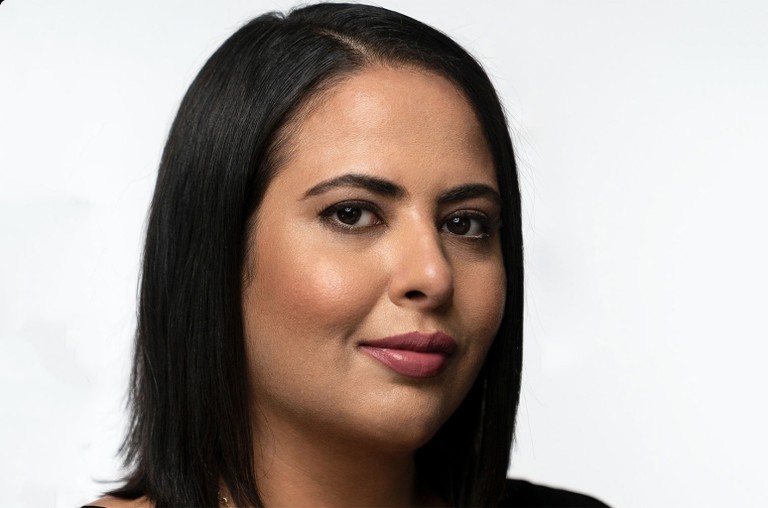 "I think artists, public figures and creators in general are really smart in knowing that this is where their audiences are."

As the strategic partnerships lead of music at Instagram, Fadia Kader is usually at work behind the scenes of many of the app’s viral music moments. Before the COVID-19 pandemic, this meant working with artists such as Billie Eilish, Tierra Whack and Taylor Swift, sharing best practices and identifying rising talent both on and off the app. Now, the Instagram music team — a small group of three, including Kader — is working remotely to make sure artists are connecting with fans as effectively as possible while we’re all stuck at home.

Kader was born in Kuwait and grew up in Jordan, Nashville and Atlanta following her mother’s death when she was 6 years old. She credits her upbringing by various family members and in various cities with influencing her approach to work. “Living all over the world [has] made me a dabbler. That has lent itself really well for me personally and in my career, because I'm not just like a one track mind,” she says. During her time in Atlanta, Kader worked in fashion as a personal stylist and at boutiques owned by Big Boi’s wife and Bow Wow’s mom before managing artists such as Bosco.

Spotlight: Why Today's Biggest Music Stars Are Turning to This Digital Marketing Agency

One of the earliest signs that Kader had an understanding of digital marketing came in 2005 when she launched her popular Broke and Boujee parties in Atlanta. The misspelling of “bougie” is popular now thanks to the Migos hit “Bad and Boujee,” but back then Kader says she purposely misspelled the word in order to keep an eye on online engagement. “At the time, on Facebook and Myspace, there was no such thing as hashtags. That was a way that I could search the engines to see who was posting it and repost them” she says. Kader eventually transitioned into brand partnerships, working as an “industry dot connector” -- as she puts it -- at companies such as Complex, Twitter and Def Jam.

In her current role at Instagram, Kader says she gave up trying to keep track of how many artists the Instagram music team is working with at any given time but, if there’s a viral celebrity Live stream, chances are she’s behind it. In the midst of the COVID-19 pandemic, Swizz Beatz and Timbaland launched the Verzuz series where artists, songwriters and producers battle each other with their biggest hits on Instagram. When the highly anticipated battle between Teddy Riley and Babyface had technical difficulties on April 20, Riley’s team could be heard asking Kader for help troubleshooting.

7 Unofficial Rules For the Verzuz IG Battle Series (i.e. How Not to F--k Verzuz Up)

“With such a high demand in that moment, along with some other updates that we're making, it was like the perfect storm,” says Kader, who received a shoutout from Swizz Beatz and Timbaland in a subsequent Live. By the time Jill Scott logged on to Instagram Live for the first time to battle Erykah Badu on May 9, things were running much smoother. The pair went live for about three uninterrupted hours before Badu’s iPad died. Their viewership peaked at more than 700,000.

With some of the limitations of Instagram Live, including an hourlong time limit for some users, some artists have contemplated moving content to other apps -- such as Twitch -- where they could earn revenue. But plenty of others, and their fans, seem to enjoy how easily accessible the free Instagram Live streams are. “I think artists, public figures and creators in general are really smart in knowing that this is where their audiences are,” Kader says, noting that the Facebook-owned company doesn't discourage using other platforms. “It's in their best interest to keep the quality content happening on Instagram.”