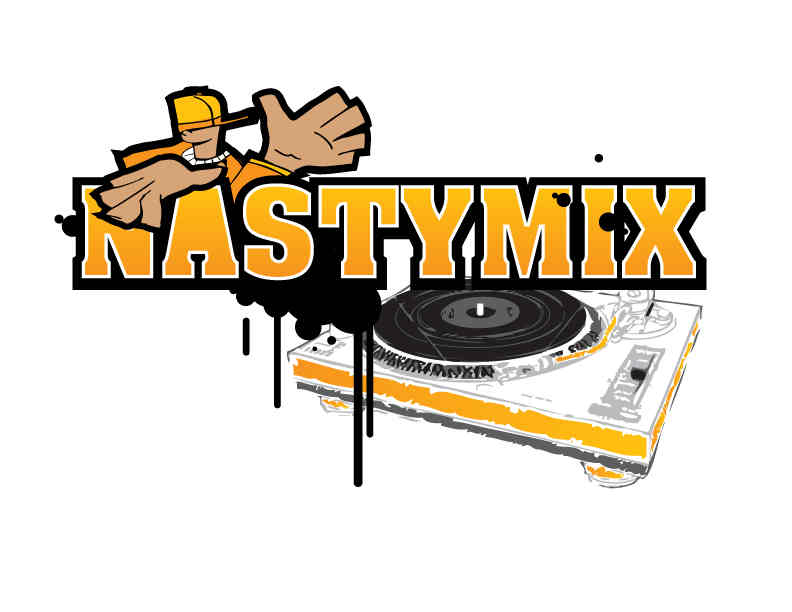 (CNN)Drake has offered the back story on a controversial photo of him sporting blackface.

The rapper posted a note on his Instagram Stories explaining the image that has become a focal point in his hip-hop beef with Pusha-T.
"I know everyone is enjoying the circus but I want to clarify this image in question," the note stated.
View image on Twitter 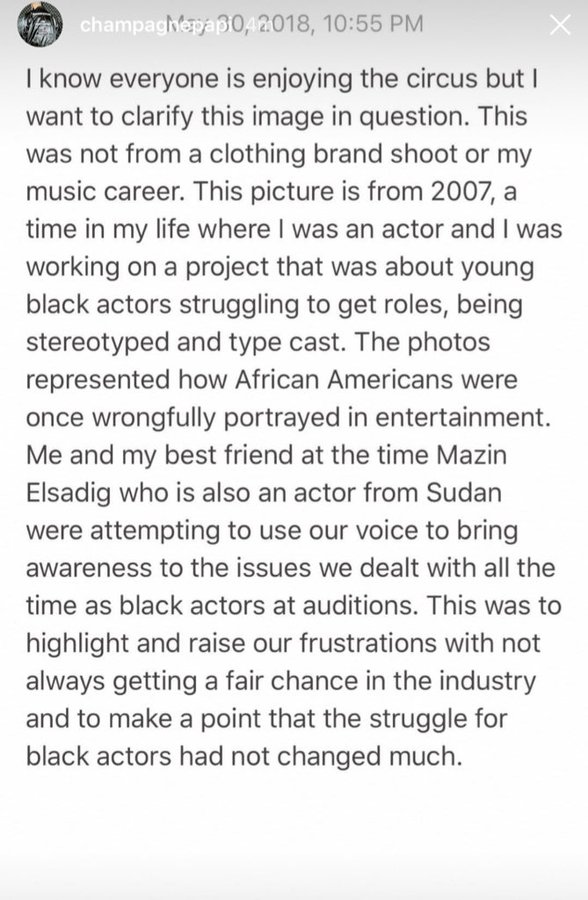 Twitter Ads info and privacy
The two rappers have been trading barbs via songs, and Pusha-T used a photo of Drake in blackface as the cover image for his single "The Story of Adidon."
View image on Twitter 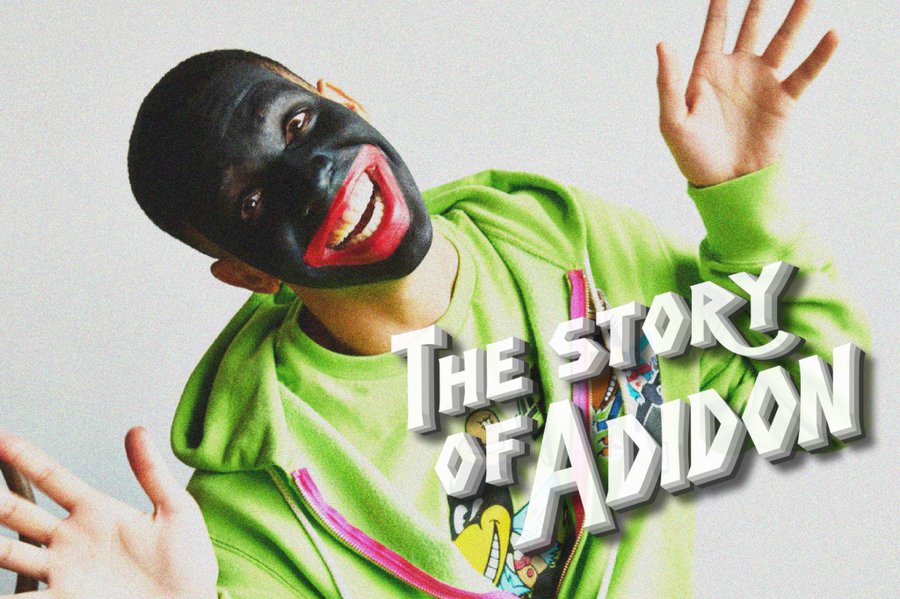 Please stop referring to this picture as “artwork”...I’m not an internet baby, I don’t edit images...this is a REAL picture...these are his truths, see for yourself http://www.davidleyes.com/portraits.html

Twitter Ads info and privacy
In the face of much speculation about the origins of the image, Drake wrote, "This was not from a clothing brand shoot or my music career.
"This picture is from 2007, a time in my life where I was an actor and I was working on a project that was about young black actors struggling to get roles, being stereotyped and type cast," he wrote. "The photos represented how African Americans were once wrongfully portrayed in entertainment."
Drake added that he and his best friend at the time, Mazin Elsadig, an actor from Sudan, "were attempting to use our voice to bring awareness to the issues we dealt with all the time as black actors at auditions."
"This was to highlight and raise our frustrations with not always getting a fair chance in the industry and to make a point that the struggle for black actors had not changed much," Drake wrote.
Before he was a rapper, Drake acted under his name of Aubrey Graham (Drake is his middle name) and was a teen star on "Degrassi: The Next Generation," portraying Jimmy Brooks, a character who used a wheelchair.
The back-and-forth with Pusha-T has been raging for days.
On Friday, Pusha-T released the track "Infared," which included a lyric many took as a swipe at chatter that Drake employs ghostwriters for his hits.
"The bigger question is how the Russians did it/It was written like Nas, but it came from Quentin," Pusha-T rapped.
Later Friday Drake retaliated with "Duppy Freestyle," where he name-checked Pusha-T's fiancée, Virginia Williams, and said he would be sending an invoice for "promotional assistance and career reviving."
Drake followed up by posting an Instagram of said invoice.
Pusha-T's response was "The Story of Adidon," a blistering single that included a myriad of heavy-hitting disses against Drake and plenty of tea for fans to sip.
The beef spilled over to include Kim Kardashian West and Chicago rapper Rhymefest, who got into a Twitter fight over the charity named after Kanye West's late mother, Donda West.
Kim, Kanye and the Donda House controversy
As of Thursday, Drake had not offered a lyrical response to "The Story of Adidon."