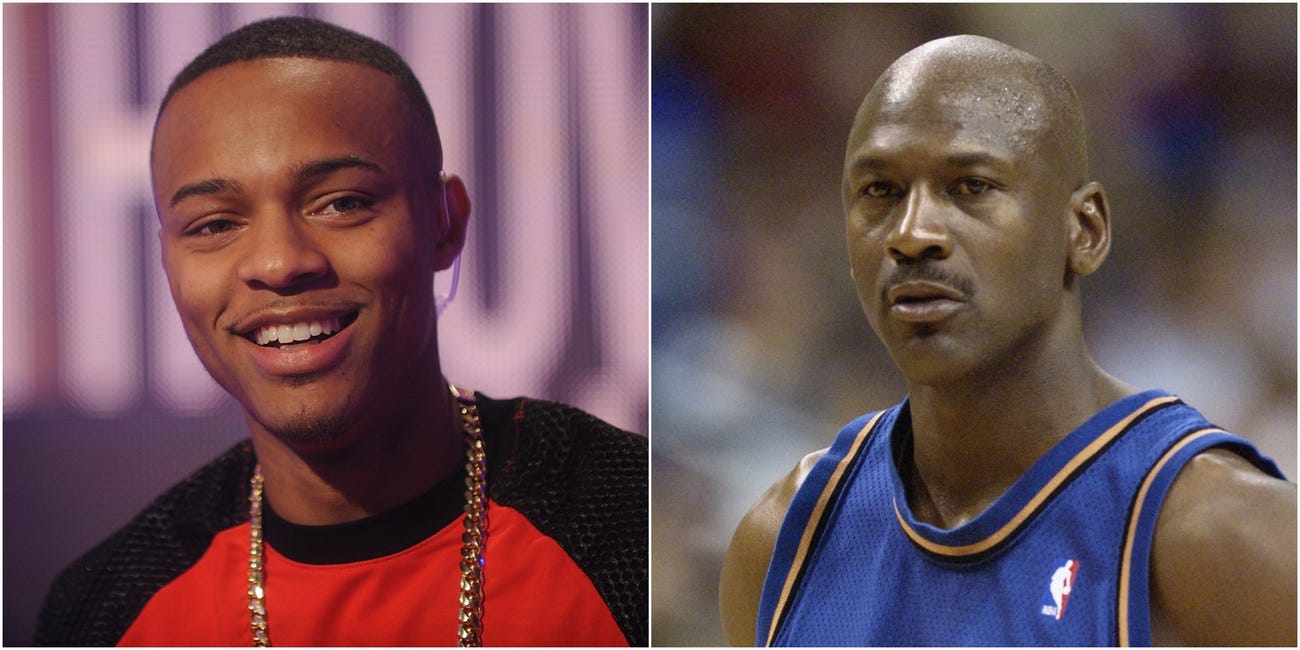 When it comes to footwear in Michael Jordan's house, it's Jordans or nothing — even for his guests.

That's according to rapper Lil Bow Wow, real name Shad Moss, who says the NBA legend once threw away a pair of his sneakers, which were endorsed by Jordan's NBA rival Allen Iverson, while he was staying as a guest at Jordan's home in Chicago in 2002.

"Michael Jordan threw away my Allen Iverson sneakers when I stayed at his house," Moss told Desus and Mero on Viceland.

"Every time my tour came through [Chicago], I would just stay at their house. I went over there with my Allen Iversons on, I woke up, and they was gone.

"I remember — this is a true story — Mr. Jordan came in there, I was sleeping on the floor of Marcus' [Jordan's son's] room, Marcus on the bed, whatever, he kicked me up like: 'Hey, all ya'll wake up. Whose is these? And who has Duke shorts on in my house?'

Rather than leaving the rapper shoeless, the NBA legend got him a pair of Jordan's. "Aye yo, get him some Jumpmans now," Bow Wow said Jordan told him.